The warm up lap on the first race felt good and riding a bike that felt more like what I was used to was reassuring. The first lap was good, and to be expected, the rest of my heat left me behind. With them in the near distance I hit the carousel and the bike chugged a bit as I opened up the throttle for the chicane and the front straight. At this point I was realizing my jetting wasn't adequate for lower revs and decided the next time round I needed to keep the revs higher.

The last race of the weekend is at hand, the test lap feels good. We line up at the grid and are off with the second wave. The race goes well, I am still not leaning as far as I should, I realize second is much to low and third a stretch for some turns, have a blast the whole time, and amazing don't come in last (but, I am not sure the person behind me losing his carb and not finishing counts). 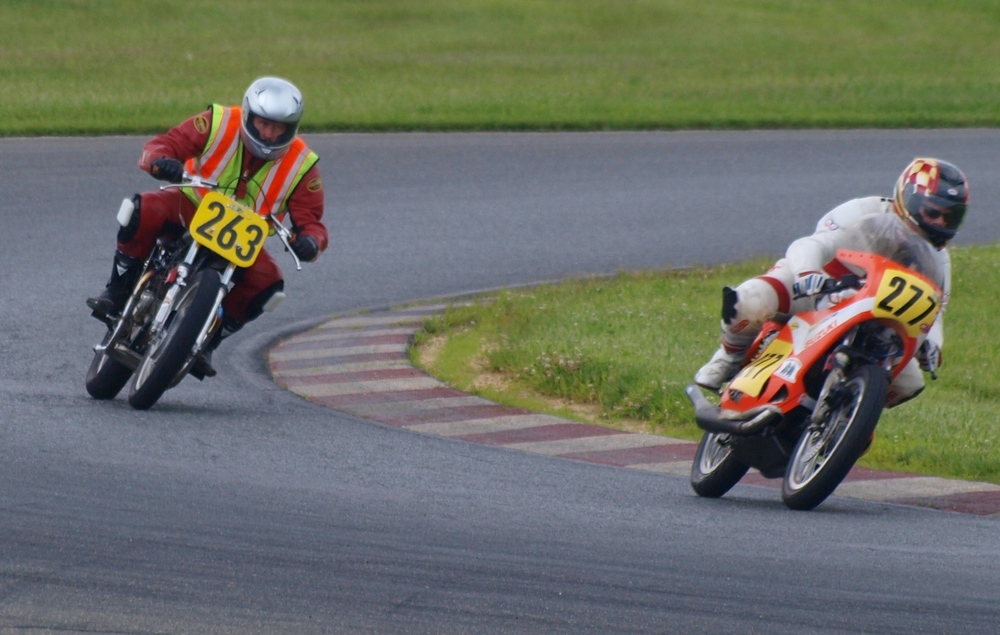 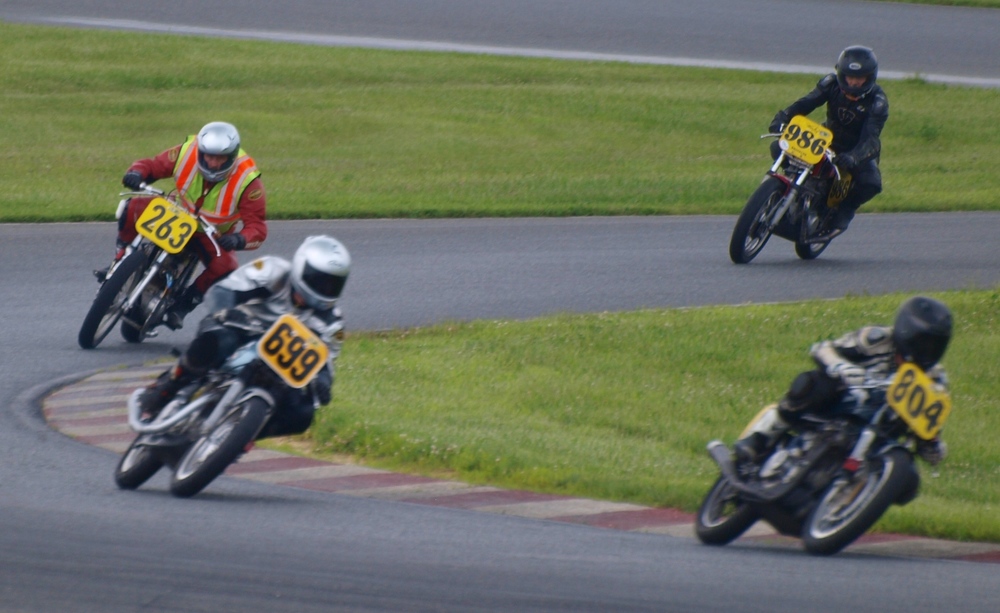